[UPDATE 4.15.16. This trip appears to be full now. Four from the Rio Grande Valley of Texas will be going. If anybody would like to learn about the issues and receive information about future trips, you can sign up for Rights Action’s listserve here, and “Like” their Facebook page here.]

Rights Action, an organization active in human rights and environmental concerns in Central America, will be leading an educational trip to Honduras, June 4-12, 2016, to visit indigenous and peasant communities that are resisting land grabs and the imposition of dams, mines, monoculture plantations, and other environmentally and socially destructive projects. The tour will be led by Rights Action’s director Grahame Russell, who has been a long-time personal friend of Berta Cáceres, a courageous Lenca indigenous leader who was assassinated on March 2, 2016.

Participants in this trip will meet with grassroots movements, in this country in the super-exploited periphery of the global capitalist empire, who are resisting that empire’s advance where the battle is the fiercest, where the destruction of people and nature is taking place on a large scale and with the greatest impunity. They will learn how this exploitation and violence materially benefits countries at the center of the empire, such as the U.S. and Canada, making us “richer” though only at the cost of destroying the planet. And they will learn how to advocate for these communities back home.

All Souls Unitarian-Universalist Church, in Brownsville, Texas, is offering scholarships to help agroecologists, permaculturists, community organizers, university students, activists, or others, in the Rio Grande Valley of Texas and the Mexican state of Tamaulipas, to go on this trip, so that they can return, promote awareness of the struggles of Honduran communities of resistance, and act in practical solidarity with them. Depending on the level of financial need of a given scholarship recipient, the scholarship might cover any or all of the following:

The originally published deadline for signing up with Rights Action for the trip was actually April 15, 2016. However, since the trip has not yet been filled up to capacity, it may be that the deadline will be extended. But it could fill up fast.

If you would like to go on the trip, please take these steps as soon as possible:

1. Read Rights Action’s information about the trip, at http://www.rightsaction.org/action-content/honduras-education-seminar-trip-june-4-12-2016.

2. Follow the instructions at the above web page. Write to the two contacts mentioned there, Grahame Russell and Cara-Lee Malange, at the email addresses listed there, letting them know that you are interested, and they will send you more detailed information. If your trip depends on All Souls giving you a scholarship, let Rights Action know you want to go, but you are waiting to hear whether All Souls will be giving you a scholarship.

3. If you need a scholarship to pay for all or part of the trip, email Virginia Costilla, at virginiacostilla@gmail.com, and Barbara Hill, at forjohnandbarbara@gmail.com, as soon as possible. They are the members of the scholarship committee at All Souls who will decide on scholarship recipients.

4. If All Souls awards you a scholarship, let Rights Action know that, and that you definitely plan to come. Then wait for Rights Action to confirm whether you have a spot on the trip.

[NOTE: Needless to say, given the circumstances, this trip is a quite a serious thing. It is not about sightseeing or “tourism adventures.” Participants will learn from people who are facing very tense and challenging circumstances, with a view to making a difference, by way of advocacy and consciousness-raising, once they are back home.]

Why should we in the RGV of Texas, and in Tamaulipas, get to know and advocate for indigenous and peasant communities of resistance in Honduras?

Berta Cáceres, an indigenous activist in Honduras, was assassinated around midnight on March 3, 2016. After the 2009 coup that ousted Honduras’s democratically elected president, the illegal coup regime declared the country “open for business.” Since then, there has been an explosive increase in destructive mining projects (approximately 30% of Honduran territory is now mining concessions), hydroelectric dams intended to supply power to the mines, land grabs, and violence against peasant communities who dare to stand in the way. Whole communities have been evicted, crops destroyed, and leaders killed. Ms. Cáceres organized Lenca indigenous communities to oppose such projects that are being imposed on them without their genuine consent. To find out more about what happened to her, and the work she did, see the inspiring video at the top of this page, and the links below.

The tragedy of Honduras is no isolated case. It illustrates a pattern of violent capitalist expansion through land and resource grabs, dispossession, and genocide that marked the enclosures of commons in Europe a few centuries ago, the conquest of the North American West in the 19th C., and what is going on throughout the Global South today.

Why should we advocate for, and assist these struggles, that the mainstream media ignore, and that seem so far away?

First, we benefit, materially, from unjust and violent expropriation of wealth from Honduras and other countries in the Global South that is now circulating in our economies. We owe it to them, as a matter of justice, to expose the injustice of capitalism and work to dismantle imperialism.

Second, capitalism is devouring the Earth, destroying the very basis for human and nonhuman flourishing on this planet. It is therefore an urgent necessity, in the long-term material interests of all of us, to stop this monster. The forefront of this struggle is precisely in places like Honduras, where the global capitalist empire is currently attempting to take over new resources and displace indigenous and peasant communities. We must stand behind these front-line communities of resistance, because if they do not win, we will all lose!

Third, a number of us in our region are involved in efforts to practice agroecology and permaculture, to decolonize our minds and ways of life, to support the rights of immigrants, and to build a sustainable and just local economy – and these struggles here are integrally connected with their struggles there. It’s important to see the connections, and to forge common strategies and mutual support with communities of resistance across the globe. We are all resisting a common foe – a hegemonic world system of oppression and domination. Great waves of immigrants are trying to come to the U.S., at the center of the empire, because they are being oppressed and exploited and terrorized by U.S. funded and trained servants of the empire in their country, located on the exploited periphery of that empire. And it’s important to get to know, and learn from, people who are still more in touch with the Earth and sustainable, cooperative ways than most of us who live at the center of the empire. To defeat capitalism, and replace it with sustainable, cooperative ways, we must stop the destruction of peoples who have not yet lost these ways, but who are under heavy assault. We must stand behind them, because if they win – if they reclaim their territories, gain equitable access to land, and defend their rivers and ecosystems – they will be able to help lead us all toward sustainable and just paths.

Statement from the family of Berta Cáceres on the one month anniversary of her assassination.

Berta Cáceres, the Murdered Honduran Activist, Did Not Die. She Multiplied., by Karen Spring, March 32, 2016. 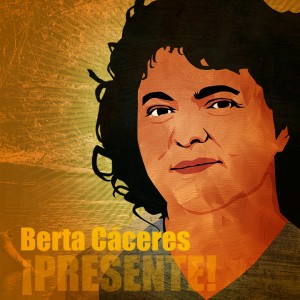 See our new Resources list for permaculture practitioners and all who seek a transition to just and sustainable ways in the Lower Rio Grande Watershed.

Scholarship programs are currently being finalized with local institutions and nonprofits, aimed at sending qualified people from the Rio Grande Valley of Texas and northern Tamaulipas to Permaculture Design Certificate courses and/or online PDCs this summer. We will post links to the relevant information and application forms when the details are finalized.

There are also a handful of professionals, university students, and others who are contemplating taking PDCs, whether as scholarship recipients or as fully-paying students, and have specific local sites in mind, including farms, small acreages, and urban residential lots, to design for. Taking a PDC is an opportunity to learn the basics of permaculture design, while designing for a specific site under the guidance of an experienced designer. Perhaps you would like to join us! To get an idea of what topics a typical PDC covers, check out this typical PDC course outline. 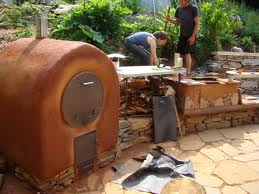 * Report on the natural building / permaculture scholarship program.
* Discussion / planning of ways to help raise funds for Victoria Garza.
* Various people will present/update on specific local sustainability projects which they are doing or have in mind. (So far two people will be presenting about two exciting natural building projects that are in the works that we can all help with and learn from. If you would like to present about a sustainability project that you are doing or plan to do, please contact Steven Johnson, 607 5076.)
* Presentation concerning a proposed reading group / course aimed at forging a common vision for a local intentional community / research and education center / network of production cooperatives.
* Some of us will stay afterwards and help prepare a space for a community garden serving UTPA and the nearby area, at the same site, 920 W. Cano St. If you would like to help, please bring hoes, rakes, and shovels. 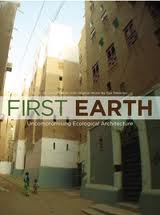 The way we build contributes massively to our ecological problems, and is fundamentally unsustainable. But there are proven alternative ways to build which can improve our quality of life while reducing energy use and environmental impacts to a fraction of what conventional construction generates.

Sustainable RGV is working to bring natural building trainings to the Valley. The film “First Earth” explains why this is one of the most important “sustainable solutions” that we can implement.

97% of old-growth forests in North America have been clearcut. 75% of trees cut are used in construction.

Come see this wonderful film about how people from all around the world are using cheaper, locally-sourced materials (especially earth) to build comfortable structures.

Then stay for the discussion afterwards and learn about exciting practical projects that you can help make happen right here in the Valley!

Thanks to Cine El Rey for hosting the Sustainable Solutions Film Series!

Ready to roll up your sleeves and have some serious fun?

This will be the first monthly meeting of Sustainable RGV, a network of people dedicated to planning and promoting concrete projects of natural building, permaculture, gardening, aquaponics, and other skills needed to create a radically sustainable society.

Proposed agenda for the first meeting:

* A group exercise to visualize what our communities would physically look like in a sustainable and just society, leading to discussion of what real sustainability offers and requires.

* Participants will share about any specific projects they are planning or working on. We will plan how we will mobilize volunteers to help with these projects and learn skills through them.

* Report on the scholarship program that is underway to send people from the Valley on permaculture and natural building trainings.

Please APPLY as soon as possible, as spaces are limited. Information and application.